It’s about time that Stone named a beer after me:

Watching Madagascar 3 with the kids.

Wow, this is quite a beer. I opened it because it was in a 12 oz bottle and I started watching Thursday Night Football. The first sip was incredible. I googled it and found this:

The beer is a blend of two Deschutes beers, The Stoic and The Dissident, as well as two Hair of the Dog beers, Fred and Adam. All four were brewed at Deschutes’ facility in Bend in March of 2010. All four were then aged in a variety of wooden barrels for two years including Rye Whiskey, Cognac, Sherry, Pinot Noir, Bourbon, used American Oak which previously held beer, new American Oak, and new Oregon Oak.

This is just fantastic and a beer that should be drank very slowly with dinner or a movie, not a Saints vs Falcons game on Thursday night. Oh well, I’ll take responsibility for my mistake and drink it.

Having Elysian’s 11th Beer of the Apocalypse: Mortis, a sour persimmon ale. We picked it up on Monday. Probably my favorite label of the series.

They say its fermented with only Brettanomyces so I was expecting a very sour beer. The sourness is only on the front end. I don’t taste any persimmon but that’s likely because I don’t know what a persimmon tastes like.

She’d be 17 today if she were still with us. Happy Birthday, Illy.

We took Hudson and Eva to lunch last Wednesday while Havana was still at school. So Havana wanted her turn and wanted us to take her to lunch today. While Eva was home with Gerene, we went to Elysian.

With Hudson’s help, I installed two taps on my keezer so I can sample beers while they’re carbonating and aging. They’re Perlick 525SS faucets and I used White Labs vials filled with Crystal 80 grain for handles.

Three new Blichmann BoilerMakers arrived today: the hot liquor tank, the mash tun and the boil kettle. The control panel delivery is still 8-10 weeks away. Between now and then I need to modify these with the necessary plumbing and get a table, sink and a vent hood installed. 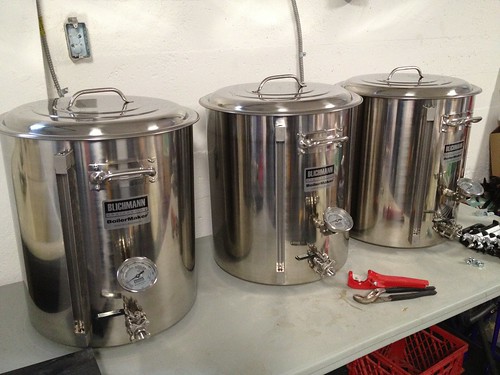 Out to lunch at Coastal Kitchen with Hudson and Eva, a photo by troyh on Flickr.

We picked Hudson up from school an hour early and took him out to lunch at (the newly-remodeled) Coastal Kitchen.

Life-guarding Havana and Hudson in the hot tub pre-game: 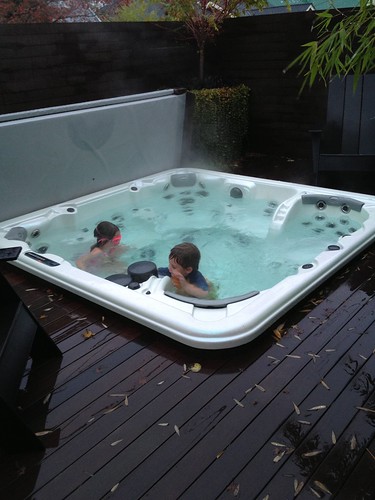 After a short visit by Eric and Sandi who were on their way back to NYC tonight, praying to The Reverend during the game: 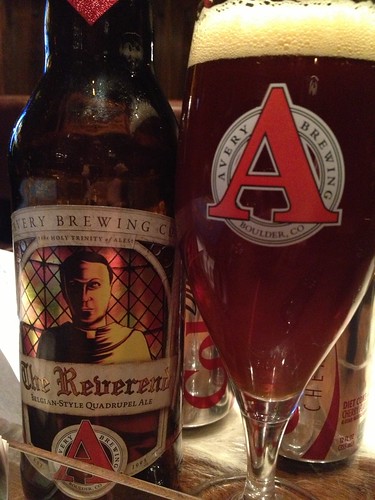 Starting the Oregon vs Stanford game with a delicious Great Divide 18th Anniversary Wood-Aged DIPA by the fireplace after brewing beer outside in the rain. Good day.

Oregon lost for the first time this year. Crikey. Now having a beer that is best after July 23, 2013, but fantastic today: 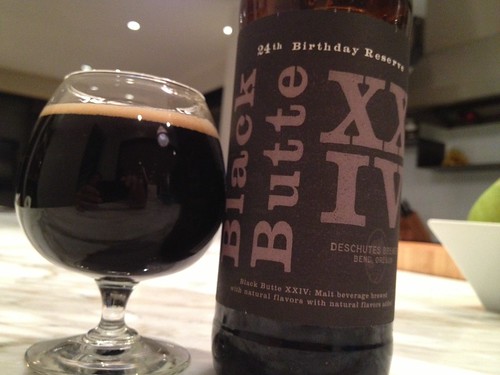